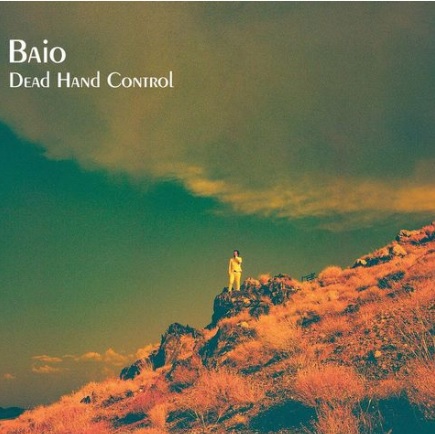 We just got some exciting news … Vampire Weekend’s (Chris) Baio announced his next solo album, Dead Hand Control will be released on January 29th! And, along with album announcement, he shared new music videos for ‘Endless Me, Endlessly’ and ‘What Do You Say When I’m Not There’.

From what we’re hearing, the new album has been inspired by a couple of interesting nuggets. The first inspiration is a clause (Dead Hand) that MCA (Adam Yauch) of the Beastie Boys put in his will which states that no Beastie song can be used in commercials. Second, ‘dead hand’ is also a reference to a Soviet program during the Cold War that would nuke the US if it detected a missile heading toward them.

Dead Hand Control is the solo follow up up 2017’s Man Of The World and will be Baio‘s 3rd full-length sold project, along with a discography which also includes 3 solo EPs. According to a rep from Glassnote, Vampire Weekend’s Ezra Koenig co-wrote the album’s 10 -minute closing track, ‘O.M.W.’. Additionally, the album was recorded at Damon Albarn’s (Blur) 13 Studio in London and C+C Music in Los Angeles (which he founded with Vampire Weekend’s Chris Tomson).

Dead Hand Control will be released on January 29th (via Glassnote) and is now available for pre-sale. Check out the clever in-reverse video for ‘Endless Me, Endlessly’ along with ‘What Do You Say When I’m Not There’ below.